8 ways to connect your product with reporters

Let’s be honest: Your big product launch event isn’t completely about the product. It’s also about generating coverage of that product in influential media outlets. You want the news of your latest invention to spread across the land, occupy the A1 slot of every publication, and be impossible to avoid.

Sadly, unless you work for Apple, there is no surefire way to ensure your new product is going to be featured. However, there are a few straight-forward ways to increase your chances of success.

1. Target beat reporters: This may seem like a no-brainer, but it’s a challenge in today’s media landscape. Newsroom budgets are shrinking, forcing reporters to become generalists. Many tech reporters stick to covering FAANG, knowing that those stories will drive clicks. Your best odds involve targeting reporters that specifically cover your space and have deeper knowledge of what makes your product stand out. (Just make sure your product actually does stand out and be prepared to explain why and how.)

2. Understand your targets: When building your list of media targets, consider the angle each reporter played up with previous coverage, and whether that angle fits in with your announcement. A story they wrote two years ago that appears relevant to your product may have been a one-off. Reporters change, beats change, and editorial leadership changes – and it happens fairly regularly in recent years. There should be a clear path of bread crumbs that leads you to a reporter based on relevance in coverage beyond a single story.

3. Pre-brief under NDA: Offering detailed information under embargo gives a reporter more time to work on the story, which they often appreciate. Just make sure there’s a good chunk of time between the pre-briefing and the announcement date. Getting pre-briefed a day before the news goes public isn’t too helpful, so give them at least a week to work on it and ask questions. While some outlets refuse to sign NDAs, they’ll usually adhere to the rules or provide verbal agreements.

4. Offer exclusives: Sometimes, less is more. Instead of casting a wide net with your NDA plans, target a few big names and offer an exclusive hands-on opportunity with your new product. It makes them feel special, it increases the odds of an in-depth story, and it can help garner more coverage. One big hit at a major publication can create a trickle-down effect in terms of stories in other publications.

5. Pitch their boss: In other words, pitch an editor. They generally decide what gets published. Depending on the outlet, the editor may assign a fair amount of stories, and those assignments are often forwarded versions of your pitch email. Any story assigned by an editor will likely get good placement and promotion. After all, the story was their idea, right?

6. Know when to start: Timing is key. If you’re holding a launch event in the same time frame as an Apple, Google, or Amazon event (or maybe during Burning Man), many tech reporters will be preoccupied. There are some serious lulls in the tech-news calendar, and you should consider those to be your big opportunities to get attention.

7. Like Kenny Rogers said, know when to fold ‘em: If you don’t get a reply after two emails -- three, max -- then just take the hint and conclude that the reporter isn’t interested. (Also, never use the word “stalking,” even as a joke.) The lack of a response probably isn’t your fault. They may be too busy to respond, they may think the product isn’t a good fit for their brand, or their editor may want them to concentrate on different things. Once in a blue moon, they'll cover it anyway once they see stories in other publications.

8. Don’t send a review unit unless they want one: If you’re pitching a product review and you don’t get a response from a reporter, it’s a bad idea to just ship them a review unit anyway. This won’t get them to cover it, and it might even lessen the chances of coverage. Your “Hail Mary” is actually three-dimensional spam, and they may ignore your subsequent pitches as a result. Also, asking a reporter to send back the unsolicited unit will not be greeted with a smile.

Even if your product is an absolute masterpiece of form and function, there are no guarantees when it comes to big-time coverage. But by knowing your audience, honing your strategy, and playing your cards right, you can increase your odds of winning. Do you have an upcoming launch event planned? Download Airfoil’s product launch checklist below for additional insights and actions as you prepare for your event or get in touch to find out how Airfoil Group can help make your product launch plans a reality. 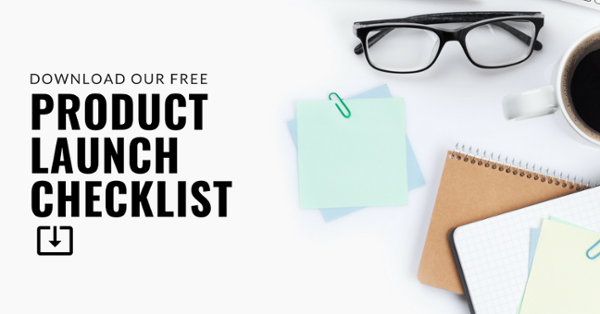